Brendon Hartley, Mark Webber and Timo Bernhard have been crowned WEC World Champions after finished fifth in the season finale at Bahrain.

The six-hour finale started with the #17 Porsche of Webber/Hartley/Bernhard on pole. The prime starting position assisted them in there charging lead in the early phase of the race.

Disaster struck 30 minutes into the race when an actuator problem resulted in a loss in power and forced the #17 car into the pits for a lengthy stop. The eight and a half minute stop put Bernhard to the back of the field before charging back to sixth, and then taking fifth after the #8 Audi suffered a brake disc explosion.

Meanwhile their team mates in the #18 Porsche had made it through to the lead after a conveniently timed yellow and some hard racing.

Webber would again face the same issues that Bernhard faced early in the race, this time with only an hour to go. A much quicker stop allowed him to lose only two laps without losing a position.

With the #18 car taking the win over the Audi, it guaranteed to win for the Webber/Hartley/Bernhard trio who eventually finished fifth. 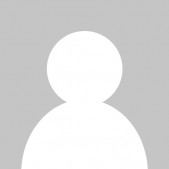